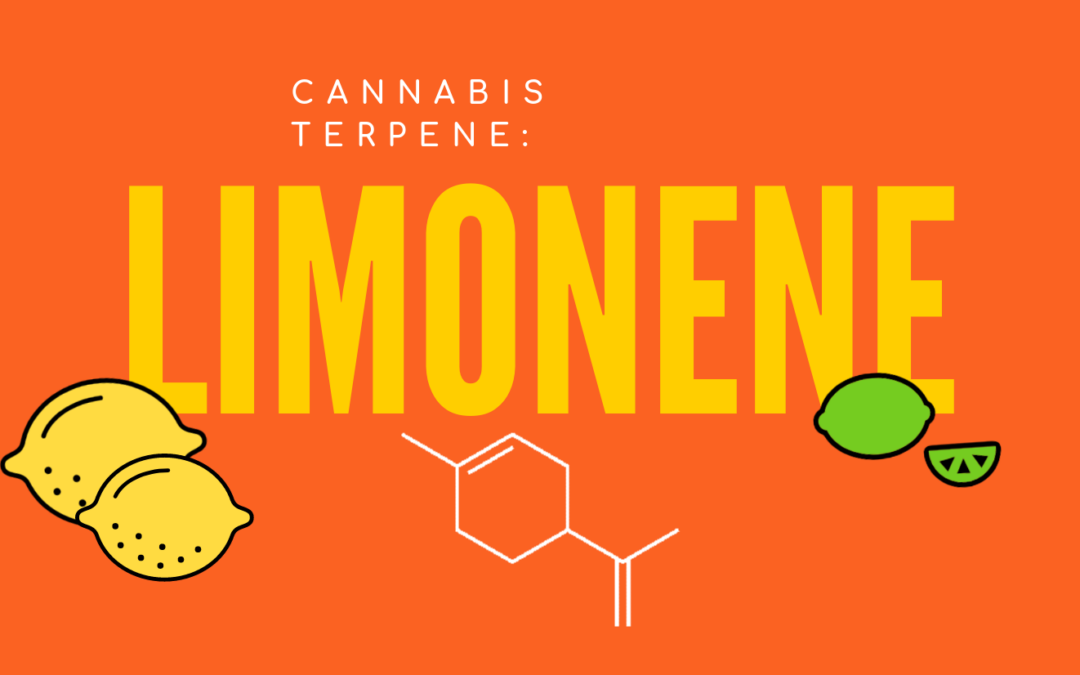 Limonene is an uplifting terpene that’s found in many different places throughout nature. It’s also the second-most common terpene found in cannabis plants. Limonene is known for its ability to boost mood and combat stress. But what may come as a surprise is that it’s also been shown to have antiviral, antifungal, and antibacterial properties. In other words, Limonene is one powerful little molecule!

Now that science is providing more and more information regarding cannabis, the way we classify cannabis has evolved as well, these days cannabis products are often categorized by their dominant terpene. For example, a Sativa-dominant strain will typically contain higher levels of the terpene Limonene than an Indica-dominant strain. But what exactly is Limonene, and what effects does it have on the human body? Read on to find out!

What is Limonene? – The Science

Limonene is a colorless liquid hydrocarbon classified as a terpene. It has a strong citrus smell and taste which gives it its name; derived from the lemon’s scientific name Citrus limon. The compound formula for limonene is C10H16. In addition to being found in the rinds of citrus fruits, β-limonene is also a significant component (‘greater than 10%’) of several pine needle oils such as sage, rosemary, eucalyptus, and lemon myrtle, as well as mint oils such as peppermint and wild mint. It is also one of the major constituents of cannabis resin, where it can account for more than 50% of the volatile compounds.

The Benefits of Limonene

Studies have shown that Limonene can help improve symptoms of anxiety and depression. It’s thought to work by Increasing serotonin levels in the brain. Serotonin is a neurotransmitter that plays an important role in mood and emotional well-being.

Limonene has also been shown to help relieve chronic pain. One study showed that when given Limonene, subjects experienced less inflammation and pain than those who were not given the terpene.

Additionally, science has shown that Limonene is a very powerful antibacterial agent. This means that Limonene may be effective in treating some surface-level bacterial infections including acne.

Where Else is Limonene Found?

Limonene is a cannabis terpene that is known for its citrusy smell and taste. It is also found in other plants such as lemons, oranges, and limes. Limonene is used in many different products because of its pleasant smell. Some of the benefits of limonene include stress relief, improved mood, and increased focus. It can also help to boost energy levels and improve digestion. Limonene is a very common terpene and can be found in many different strains of cannabis. Some popular Passion Flower strains that contain limonene are Runtz, OG Kush, and Citrus Medley.

So there you have it! Now you know all about the uplifting cannabis terpene called Limonene. There’s a lot to learn about this abundant compound, but we hope this gives you a good starting point. Learning about terpenes is key to understanding the effects of many popular strains of cannabis. Next time you’re out shopping at your local dispensary, pay attention to the properties of each strain and see if you can taste or smell the limonene yourself!