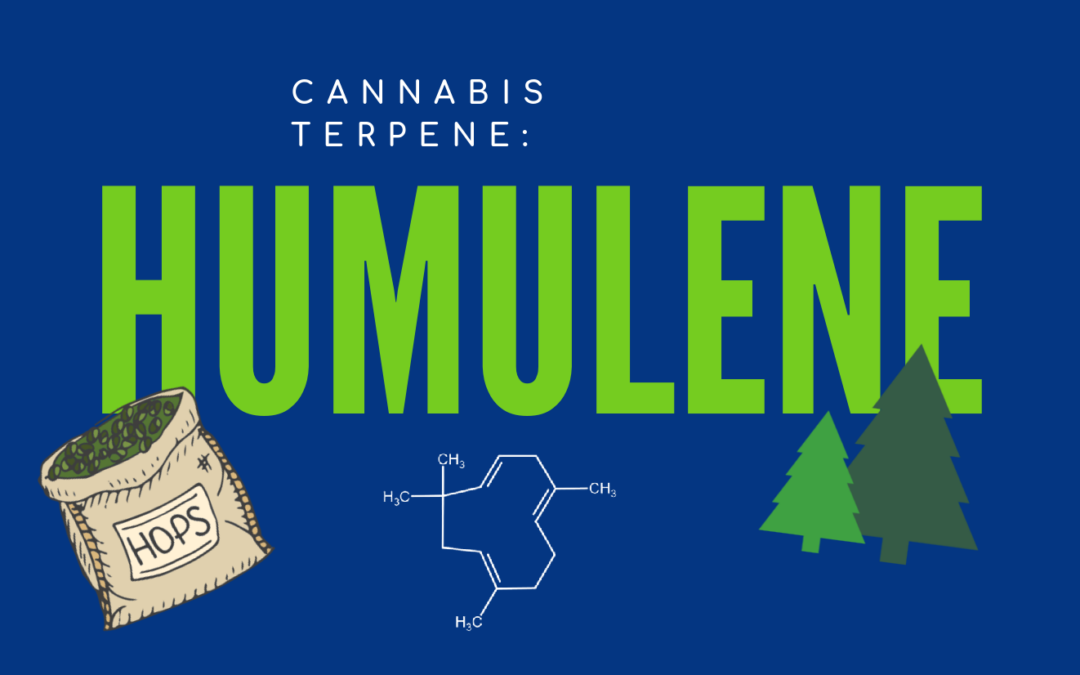 We’re sure by now that you have heard of terpenes before in relation to cannabis. Terpenes are aromatic compounds that are produced by a variety of plants, including cannabis. There are over 100 different terpenes that have been identified in the cannabis plant alone. Each one has its own unique scent and flavor, as well as its own set of potential health benefits. Today in this article, we’ll be taking a closer look at the cannabis terpene humulene, one of the most prevalent terpenes found in our beloved plant.

To put it into scientific terms, Humulene is a monocyclic sesquiterpene that gets its name from Humulus lupulus or better known as hops. Hops and cannabis both belong to the same family of plants, Cannabaceae. Not only does humulene give both hops and cannabis their characteristic aroma, but it is also responsible for some of the therapeutic effects known of certain cannabis cultivars, such as their anti-inflammatory and antibacterial properties. Recent studies have shown some pretty promising benefits from Humulene. There are articles being released stating that humulene can be effective in helping to treat conditions such as cancer, anxiety, and chronic pain. Humulene has woody, earthy, and lemony undertones and is often described as “hoppy”.

As science begins to catch up in regard to cannabis, more and more articles are being released about terpenes and their therapeutic benefits. Humulene is thought to possess many different medicinal properties. Some of the many potential health benefits associated with humulene include:

Humulene as an anti-inflammatory:

One study showed that humulene was able to decrease inflammation in rats. This anti-inflammatory effect is thought to be due to humulene’s ability to inhibit the production of pro-inflammatory cytokines. Cytokines are small proteins that play an important role in inflammation.

Humulene as an analgesic:

A study in mice found that humulene was able to decrease pain responses. The mechanism by which it does this is not fully understood, but it is thought to involve the inhibition of inflammatory cytokines and other pain-signaling molecules such as prostaglandins.

Humulene as an antitumoral:

Humulene has been shown to have antitumoral effects in a number of studies. These effects are thought to be due to humulene’s ability to induce cell death in cancer cells and inhibit their proliferation.

Humulene has also been shown to have antibacterial effects against a number of different bacteria, including methicillin-resistant Staphylococcus aureus (MRSA). These effects are thought to be due to humulene’s ability to interfere with the bacterial cell’s membrane and/or energy production.

As you can see, there are many potential health benefits associated with the Cannabis terpene humulene. If you’re looking for a Passion Flower strain that is high in humulene, some good options include: Koffee Breath, Pineapple Meatball, Platinum Kush Breath, and Dairy Queen. So next time you’re at your local dispensary, be sure to ask for a Passion Flower strain with high amounts of humulene! 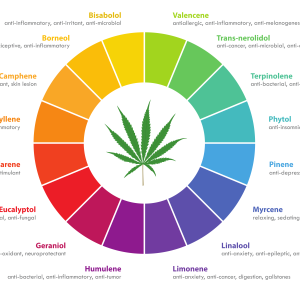 Read More About Cannabis Terpenes In This Passion Flower Article!