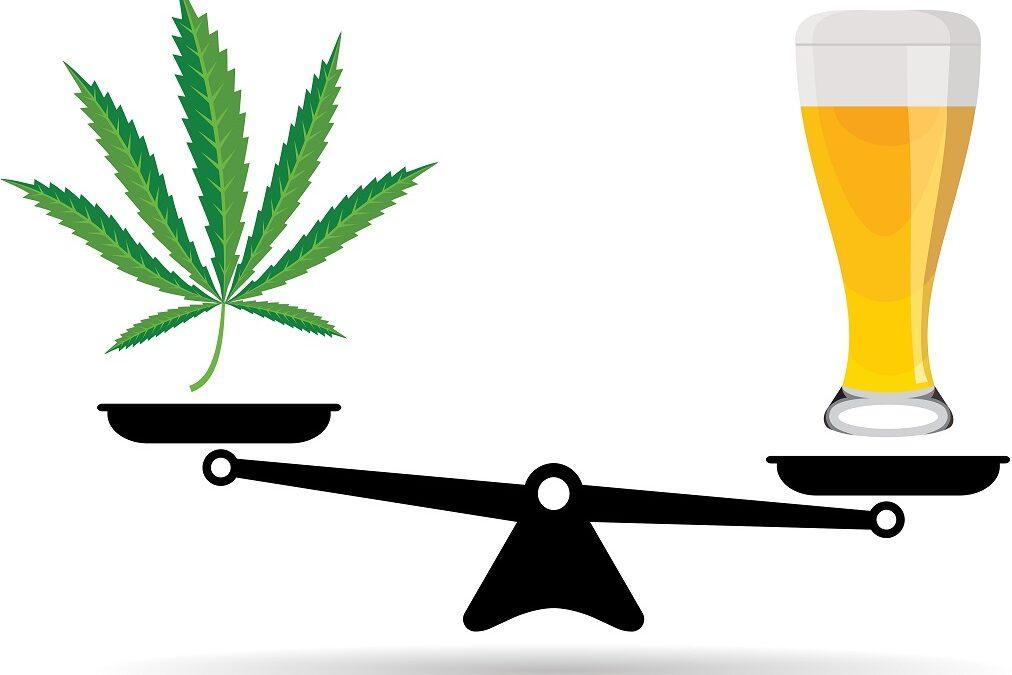 Access to cannabis is more convenient than ever before. While legality is still an issue in some states, people nationwide are beginning to see the benefits of this plant – for both medicinal and recreational purposes – that prohibition prevented them from knowing before now. In states like Alaska, Colorado, Oregon, and Washington, the sale and possession of cannabis are legal for both recreational and medical use. Other states like Idaho, Wyoming, Kansas, and South Carolina still classify cannabis consumption and possession as completely illegal, regardless of use.

The spread of legality has shifted many people’s opinions regarding cannabis and has opened doors for more research to be done. Many people still have questions about the societal benefits or implications of cannabis legalization, and what the differences are between cannabis in comparison to the end of the prohibition of alcohol. Considering that we hail from Washington, a state that has chosen to legislate cannabis in a similar way to alcohol, it’s important for us to highlight the distinctions between the two!

While this is a very nuanced and long-winded topic, we’d like to focus on the societal and health implications and benefits of both (given the data we have up until now) to more easily highlight any differences or similarities.

While most consider cannabis to be very safe to consume for a majority of people, there are some potential risks that are important to highlight. The most obvious is that (while rare) some people can experience allergic reactions to cannabis which can cause negative effects. Additionally, just as with smoke inhalation of anything, smoking cannabis can increase the risk of lung cancer as well as raise blood pressure and heart rate. This particular effect is more common when consuming cannabis that is grown with pesticides and/or when smoking joints, blunts, or dry pipes as opposed to using water filtration.

Another potential risk to cannabis usage relates to mental health; some consumers experience anxiety or paranoia that can lead to mental discomfort. This is most common in newer consumers or those who overdo it when smoking or eating edibles and can often be mitigated by either consuming CBD or even a raw black peppercorn! We have come to find that, as with anything, balance is key – listening to your body and being mindful of how you consume can go a long way.

The health implications of alcohol consumption have been well documented over time. The truth is that alcohol isn’t good for the wide majority of people, and long-term use will practically guarantee negative health effects at some point. Alcohol is a neurotoxin which means it, quite literally, is toxic for your brain health. It has been shown to age and deteriorate the brain drastically and cause a deficiency in the balance of chemicals in the brain, leading to myriad mental health and memory issues.

Alcohol has also been shown to negatively impact heart health; long-term use has been shown to cause Cardiomyopathy (stretching and drooping of heart muscle), Arrhythmias (irregular heartbeat), increased risk of stroke, and high blood pressure in some. Heavy alcohol use has been shown to also take a toll on the liver, causing inflammation that can eventually lead to failure. The pancreas is another organ often negatively impacted by alcohol use. Consumption has been shown to cause the pancreas to produce toxic substances that can eventually lead to pancreatitis, a dangerous inflammation and swelling of the blood vessels that prevents proper digestion. The last impact alcohol use can have on your body that we would like to bring up is the effects on the body’s immune system. Studies have shown that alcohol lowers your body’s immune response and can put you at greater risk for infection and illness. Even just one night of consumption can lower your immune system’s functionality for at least 24 hours.

While heavy consumption is never recommended for anything, especially alcohol, moderate alcohol use has been shown to have a few potential benefits physically. The first is that light usage (such as a glass of red wine) may reduce the risk of developing heart disease. The fact that alcohol has been known to thin blood has also shown that usage can reduce your risk of ischemic stroke (when the arteries to your brain become narrowed or blocked, causing severely reduced blood flow). The last known benefit that is still requiring more research is that light usage may also reduce risk of diabetes.

A lot of the commonly known societal implications known from cannabis consumption are similar to those of alcohol. However, many previously-known implications have been debunked with recent statistics. The main 2 concerns with cannabis legalization are both mostly avoidable, but still notable. The first is the concern with cannabis dependency and the effects on mood and behavior of an individual who has a physical/mental addiction. The second potential implication is cannabis use in children, which can be a valid concern for parents. However, statistics indicate that underage use of cannabis has gone down significantly in states that have legalized and regulated the plant!

The societal impacts of alcohol have overwhelming amounts of data to highlight the negative implications alcohol has had over the years since prohibition. These issues range from drunk driving being one of the leading causes of death in America, to the truly alarming amount of domestic and public issues that have been reported over the last several decades. Data has also shown that alcohol impairs judgment, and makes many people act out in a violent and aggressive manner. Alcohol is also highly addictive; roughly 15 million American adults struggle with alcoholism.

States where cannabis has been legalized (whether for recreational or medicinal use) have been reporting many societal benefits to cannabis legalization, and as we know here in the great state of Washington, cannabis is a big business. The economic benefits of cannabis are overwhelming and the tax revenue generated from cannabis sales is huge. For example, in the fiscal year of 2021, WA State was shown to have brought in a total of $559.5 million in income from legal cannabis, including $4.1 million in cannabis license fees. The report also shows that cannabis revenues were $286.8 million more than that of liquor! While this is due largely to the way cannabis is taxed here in WA, it’s still important to point out. Other societal benefits that have been reported include the decrease in arrests, improvement of public safety, reduction in opioid overdoses (by up to 25%), and more.

From everything we’ve researched and concluded with the data available, It appears the main societal benefit of alcohol is money. There is a lot of money to be made from alcohol, from both initial sales and the profit from healthcare needs due to the impacts of alcohol consumption. However, moderate consumption has also been shown to have positive emotional effects for some. Alcohol is a relaxant and can aid in relieving symptoms of stress providing a euphoric experience for some consumers.

At Passion Flower, we believe too much of anything can be considered a “bad” thing, so the importance of moderation is always key. However, it’s clear that the complete legalization of cannabis is beyond overdue; especially in comparison to how long it’s been since the repeal of alcohol prohibition. The science coming out and comparing the two makes it glaringly obvious that cannabis is not the big scary monster history would have people believe. There are many benefits for both health and the economy alike. It’s time we start getting real about substances and doing our part in researching ourselves to make better-informed decisions for future legislation.