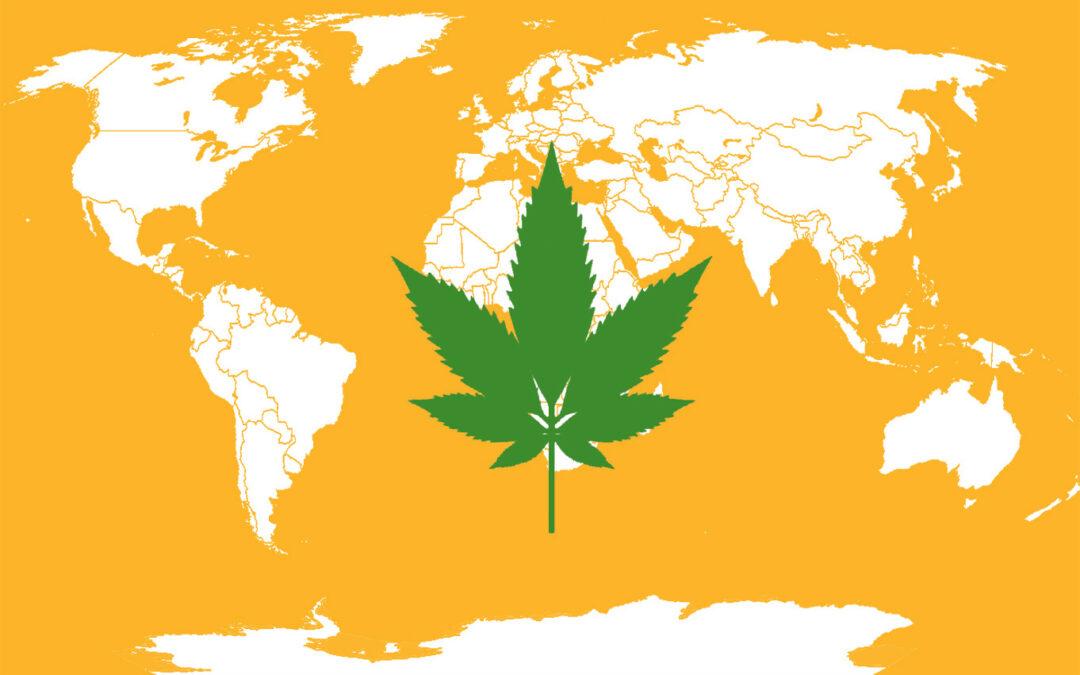 The Cannabis Pioneers Who Paved The Way Internationally

Since cannabis use has been heavily stigmatized in the United States since the early 1930’s, illegal since 1937, and has been listed as a Schedule I drug since the 70’s, many may not know the stories of some of the world’s celebrated cannabis pioneers.

There are prominent figures in cannabis culture throughout all of human history – and now that restrictions are beginning to lift and more people have access to legal cannabis products, we believe it’s far past time to shine a light on those who came before us. Here are some stories of the most important, the most knowledgeable, the most celebrated, the wildest, the well-known, the mythological, and the weirdest international folks in cannabis – from ancient history up until now.

Emperor Shennong (the Divine Farmer) is one of the most prominent figures in the history of medicinal cannabis use… and he may not have even really existed. In ancient Chinese history, there are Three Sovereigns – three legendary, mythological emperors who ruled for generations and influenced Chinese medicine & culture heavily. Emperor Shennong is said to be the founder of Traditional Chinese Medicine, the man who discovered tea, and one of the first to recognize the value of the cannabis plant. Whether such a man actually lived or is simply representative of a shift in culture during that time is unknown, but it’s undeniable that the influence of this mythological emperor lives on; the oldest surviving Chinese pharmacopeia is called the Shennong Ben Cao Jing (translated, “Divine Farmer’s Materia Medica”). This text mentions 365 medicinal herbs and their healing properties – one of which is cannabis.

Hua Tuo was a Chinese surgeon during the early Common Era. Practicing in the late second century, Hua Tuo is celebrated in Chinese culture as being the first known physician to use a form of anesthesia during surgery. His original formula is thought to have been a mixture of cannabis leaves and wine; in fact, the word for anesthesia in Mandarin (“mazui”) still contains the root word for hemp – “ma”!

A celebrated God of Hinduism and a crucially important component of Indian culture and history, Shiva is known for many things – not the least of which is His affinity for bhang (a traditional drink in India, made from crushed cannabis leaves and flowers mixed with a liquid, usually milk or tea). According to an oral Hindu legend passed down over the centuries, Shiva once wandered off into a field to calm down after an argument with His family. He took a nap under a flowering plant, and, upon waking, decided to try the flowers. After doing so, He experienced instant rejuvenation and began to share His experience with others. He is frequently depicted alongside the cannabis plant, or drinking/preparing a mixture of bhang.

An Irish physician, Dr. O’Shaughnessy made a massive impact on medicinal cannabis use in both the US and the United Kingdom, from the mid-1800s up through cannabis prohibition in the US in 1937. During the 1820s, O’Shaughnessy was sent to Calcutta with the British East India Company; as a member of the Medical and Physical Society of Calcutta, he published a paper discussing some of the potential medical uses of cannabis. Most notably, O’Shaughnessy became celebrated for calming a child’s epileptic seizures after administering a cannabis tincture! After leaving Calcutta in 1841, O’Shaughnessy continued his research and writings on the efficacy of medical cannabis. His work played a huge role in cannabis entering the “public domain” and its use becoming fairly prevalent in Western societies. O’Shaughnessy is thought to be the man responsible for first bringing cannabis into the spotlight here in the United States. Additionally, the etymology of the word “indica” is thanks to him! Named for the cannabis brought over from India, “indica” being Latin for “of India.”

Sir Reynolds may not be a name many are familiar with, but we bet most have heard of who he worked for: Reynolds was one of the Royal Court physicians for Queen Victoria. Rumors abound regarding the Queen’s use of cannabis tinctures to treat her menstrual cramps (and later, menopause symptoms); however, these stories have proven essentially impossible to corroborate. While there may be no way to confirm if the Queen herself medicated with cannabis, there is plenty of confirmation that Sir Reynolds was aware of its intrinsic value! In 1890, he wrote that “When pure and administered carefully, it [cannabis] is one of the most valuable medicines we possess”. So even though we might not be able to confirm that one of the most well-known regents in modern history used cannabis, it’s promising to know that its medical use was wide-spread and accepted throughout England during her reign.

One of the most unbelievably important figureheads in the evolution of cannabis history, science, and culture – and one of the only ones still alive today – is Dr. Mechoulam. An Israeli scientist and Holocaust survivor, Dr. Mechoulam was the first to identify the ECS (Endocannabinoid System), the first to identify the structure of CBD (Cannabidiol), the first to isolate Δ9-THC (Delta-9 Tetrahydrocannabinol), the first to identify Anandamide, one of the body’s two endocannabinoids… the list of his priceless contributions to the understanding of cannabis goes on long enough that he deserves his own movie – and he’s got one. If you’re interested in learning more about this amazing pioneer, you can find an extremely informative documentary about his life and work, The Scientist, on YouTube!

Whether or not the world’s most famous playwright actually smoked cannabis himself or not remains unknown, but what we do know is that four pipes from the 17th century were unearthed on his Stratford-upon-Avon property. They were tested and found to contain traces of compounds with chemical structures very similar to that of THC. There’s no way to confirm if Shakespeare himself smoked, if someone smoked cannabis out of a pipe at his property, or if someone nearby saw a convenient place to bury a pipe they were no longer using – but the simple presence of this paraphernalia around his home seems to have been enough to catapult The Bard into cannabis stardom.

Cannabis was used for medicinal purposes throughout many ancient Egyptian dynasties; one of our most notable mentions of cannabis in ancient history comes to us from an Egyptian document called the Ebers Papyrus. Cannabis pollen and flowers were found with the mummy of Ramesses II, which many view as evidence of the Pharaoh being partial to the plant, likely for religious/ceremonial reasons. Cannabis was frequently used as both a medicinal and spiritual tool throughout several generations of ancient Egypt.

The 32nd emperor of the Ottoman Empire, Sultan Abdulaziz, was the first to visit many Western countries, including the US. During the Centennial Exhibition of 1876 in Philadelphia (the first official World’s Fair to take place in the US), Sultan Abdulaziz is said to have brought plenty of cannabis paraphernalia and gifts with him in order to share the culture of his homeland. Alongside demonstrations of how to best use a hookah, cannabis was shared amongst Americans who had never experienced it before. The exhibition was so popular that, after this World’s Fair, Turkish-style smoking lounges began to open all across the northeast US. Supposedly, there were over 500 lounges in New York at one point!

In mid-19th century France, authors and writers were partial to joining clubs and coalitions together as a place to discuss ideas, share stories, and get together with other creative minds. One of these clubs was a bit different than the norm, open only to the open-minded: Club des Hashischins held monthly gatherings in an old Parisian hotel where they would drink strong Arabic coffee “liberally mixed” with hashish. While there are records of other drugs being experimented with at these meetings, the main thing consumed was cannabis. Notable members of this group included Alexandre Dumas (author of, most notably, The Three Musketeers and The Count of Monte Cristo), Charles Baudelaire, Victor Hugo (the writer of Les Miserables and The Hunchback of Notre Dame), and Honore de Balzac.

This short list of notable people throughout history who used cannabis is definitively not comprehensive. Since the plant continues to face such a stigma (as it has for nearly a century at this point, making the negative associations deeply ingrained in society), there is no way to know how many important historical figures tried cannabis or consumed it regularly. It’s our hope that seeing a list, brief though it may be, of intelligent, celebrated individuals who smoked weed helps do its part to end the stigma we continue to fight against in the legal cannabis industry. 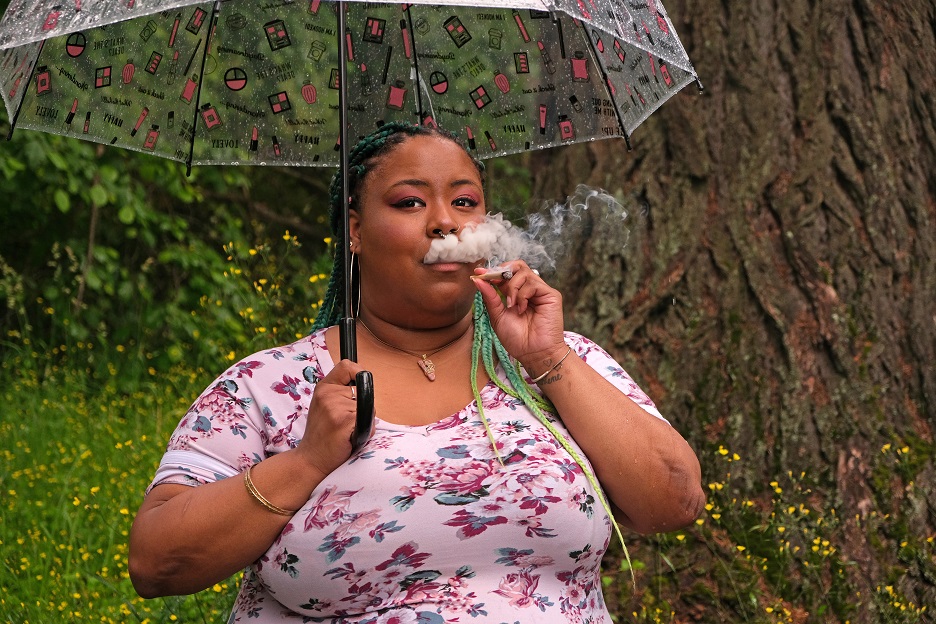